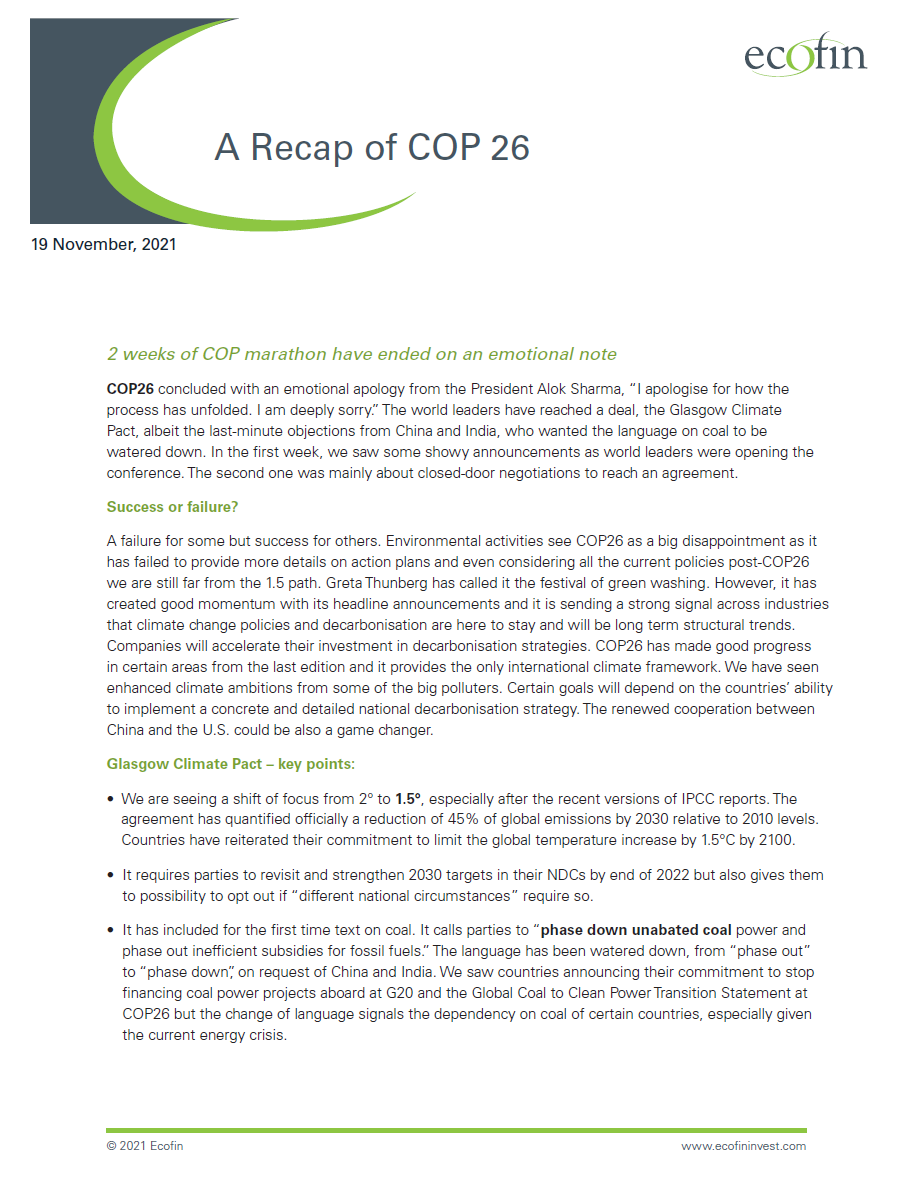 2 weeks of COP marathon have ended on an emotional note

COP26 concluded with an emotional apology from the President Alok Sharma, “I apologise for how the process has unfolded. I am deeply sorry.” The world leaders have reached a deal, the Glasgow Climate Pact, albeit the last-minute objections from China and India, who wanted the language on coal to be watered down. In the first week, we saw some showy announcements as world leaders were opening the conference. The second one was mainly about closed-door negotiations to reach an agreement.

A failure for some but success for others. Environmental activities see COP26 as a big disappointment as it has failed to provide more details on action plans and even considering all the current policies post-COP26 we are still far from the 1.5 path. Greta Thunberg has called it the festival of green washing. However, it has created good momentum with its headline announcements and it is sending a strong signal across industries that climate change policies and decarbonisation are here to stay and will be long term structural trends. Companies will accelerate their investment in decarbonisation strategies. COP26 has made good progress in certain areas from the last edition and it provides the only international climate framework. We have seen enhanced climate ambitions from some of the big polluters. Certain goals will depend on the countries’ ability to implement a concrete and detailed national decarbonisation strategy. The renewed cooperation between China and the U.S. could be also a game changer.

Good progress; few issues have been addressed and countries have agreed on a framework. Some old CDM credits are allowed to trade under the current scheme and double accounting issues have been solved. The new “Sustainable Development Mechanism” is established. A framework for non-market based approach has been created. Countries are allowed to trade carbon credits as contribution to NDCs.